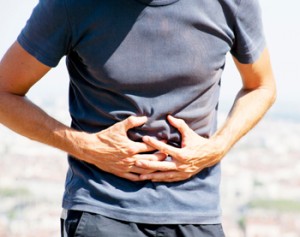 ERCP, or endoscopic retrograde cholangiopancreatography, is a procedure that is used to examine the gastrointestinal tract and the pancreatic and bile ducts. This procedure is typically used when less invasive forms of testing have failed to conclusively diagnose an existing condition. ERCP may also be used to treat conditions immediately following a confirmed diagnosis.

You may need ERCP if you exhibit symptoms indicative of conditions of the pancreas or bile ducts. These symptoms may include abdominal pain, extreme weight loss, or jaundice of the skin. ERCP may also be ordered when scan tests or blood test have revealed abnormalities that could be caused by bile duct blockages.

ERCP is often used to diagnose the cause of bile duct blockages such as:

Once the condition that is causing the bile duct blockage has been diagnosed, it is often possible to treat the condition using ERCP. To remove or bypass a bile duct blockage using ERCP, surgical instruments are inserted into the catheter that the patient has already been fitted with for the diagnosis. Surgeons use a tiny camera that is inserted into the catheter to see the inside of the body during the procedure. This procedure is typically successful for removing bile stones and tumors. It may also be possible to place a stent in the bile duct to enlarge or bypass a narrowed portion of the duct.

To prepare for ERCP, patients are asked not eat, drink, smoke, or chew gum for a specified period of time. This allows the digestive tract and organs time to empty so that doctors can see clearly during the ERCP. Patients may also be asked to stop taking certain medications or vitamins prior to an ERCP.

During an ERCP, patients are typically sedated and a local anesthetic is sprayed into the mouth to relax the throat. The endoscope is then inserted through the mouth and swallowed by the patient to allow it to move easily through the gastrointestinal tract. Medical professionals will continue to thread the endoscope through the gastrointestinal tract until it reaches the duodenum. A contrast dye is then injected into the ducts to that doctors can more easily identify abnormalities in the ducts using the camera.

ERCP is generally an outpatient procedure. Patients may feel tired afterward due to the sedative, and may experience some bloating and temporary changes in bowel habits. A sore throat is also common for the rest of the day after an ERCP has been completed. Recovery usually does not take more than one day. If patients are experiencing pain or bleeding following an ERCP, it is important to seek medical treatment as these side effects are not normal.