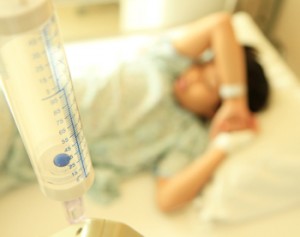 New reports have been surfacing about a new threat emerging within the walls of America’s largest hospitals. One of the most widely performed non-surgical procedures (ERCP) may be responsible for dozens of deaths and a potential global health crisis. It has been revealed that hospitals in several major cities are reporting deaths due to CRE outbreaks.

CRE is a specific type of bacteria that has become resistant to modern medicine’s strongest antibiotics. Many suggest that hospitals have not taken appropriate action to combat this threat and have resorted to pointing fingers, blaming the manufacturers of their equipment while continuing to advocate the procedure.

Endoscopic retrograde cholangiopancreatography, otherwise known as ERCP, is one of the most common medical diagnostic procedures. It involves an instrument known as a duodenoscope being fed through a patient’s esophagus in order for the doctor to make a diagnosis or sometimes treat a condition. Duodenoscopes cost roughly forty thousand dollars each and most hospitals have less than ten.

Still, hospitals continue to advocate the ERCP procedure with some hospitals performing more than one hundred procedures a month. With such a high turnaround, it is impossible to ensure that such a small number of duodenoscopes are disinfected. This does not appear to make a difference to hospitals that have suffered outbreaks of antibiotic-resistant bacteria (CRE). Instead, the hospitals place blame for the outbreaks on design flaws of the scopes.

Carbapenem-resistant enterobacteriaceae are a specific type of bacteria that have developed a resistance to the strongest forms of known antibiotics. This is extremely problematic since, if an infection spreads, there is no way to control it. In a hospital in Seattle, thirty two cases of infection have been linked to ERCP procedures and eleven of those cases have resulted in death. The hospital continues to deny that it can be attributed directly to CRE but the patients did test positive for the infection. The hospitals in which these outbreaks occur refuse to acknowledge that they are putting instruments inside a sick patient’s body and, after haphazardly cleaning it, are putting into another sick patient’s body.

Other hospitals say that they are strengthening their sterilization methods by sending out the equipment to be sterilized in offsite laboratories. These techniques can be quite expensive and they leave many smaller hospitals with the burden of choosing between the safety of their patients or making a profit.

Common suggestions addressing ERCP infections include but are not limited to:

In response to this new crisis, many doctors are quick to claim to follow the sanitation guidelines set forth by both the manufacturers and the FDA. Still, many patients have agreed that they were not adequately warned of the potential complications of the ERCP procedure. It is the duty of any medical professional to disclose procedures and potential risks to their patient. Many patients or families of patients are now coming forward to say that doctors are failing to live up to their professional duty.

It has also become clear that infection is not uncommon within the realm of ERCP procedures. It has been suggested that many infections take place but they are not CRE infections so they are overlooked and treated through standard antibiotics. The emergence of high-potency CRE infections brings attention to the fact that long-term outcomes might have been ignored in order to maintain the status quo and increase profits. Not only does this short-sighted attitude have the potential to destroy lives, it could also lead to the next global infection crisis.

It has been suggested by patients and professionals that the health profession has ignorantly or deliberately overlooked the warning signs of a potentially devastating problem. It is only recently that the public has been made aware of such lapses in best practices. If you or a loved one has suffered an infection after a routine ERCP procedure, it is critical to seek out a lawyer who is experienced in ERCP cases. An attorney who has dealt with ERCP cases will have the experience and knowledge to advise you in pursuing legal action.